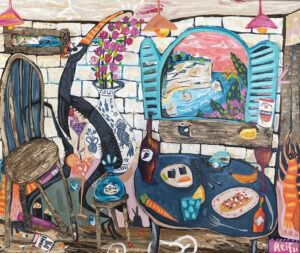 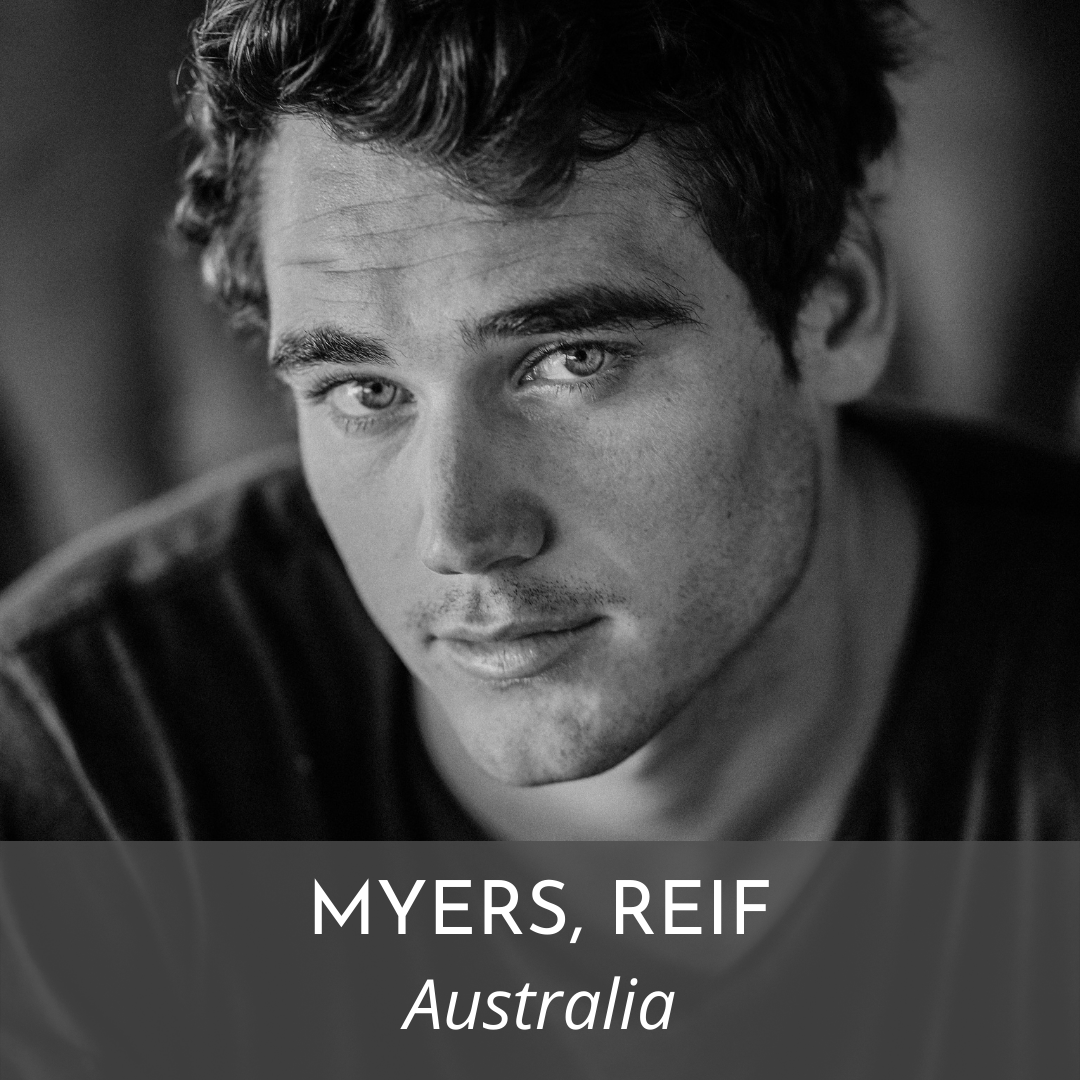 Art doesn’t necessarily have to make sense, in fact the less it makes sense the more you wonder...
Why is that seagull at the dinner table with a bottle of red wine and a prosciutto melon?

No one knows but imagine it...
My artwork is not to be analyzed as to why? but to be enjoyed and encourage conversation through imagination and laughter..

He developed his own style of modern art by combining bright colours and humour through his signature icons.

His artwork is heavily influenced by beach culture including some of his signature favourites beach umbrellas, thongs, seagulls, beer, tequila and wine to name a few...

He draws inspiration from the styles of his favourite artists Peter Webb, Jean-Michel Basquiat, Reg Mombassa and his mother Jos Myers who taught him how to paint from a young age.

Reif’s work is best described as art to be enjoyed rather than analysed. Combining humour with clusters of detail they become conversational pieces.

Great for dining room talking points Its busyness entices the viewer to spend more time engaging with the painting, pointing out new stories whilst hopefully having a laugh.

In 2019, eight years after his first show Reif held his first International Exhibition in Dubai called ‘Seagull in My Drink’ hosted by NASAB followed by another show ‘Two Guys One Brush’ in Fremantle Western Australia later that year.

Reif now resides in Bali Indonesia but ships his artworks all around the world.

His style has evolved since the beginning of 2020, imagining the views from inside peoples houses, the weird items of clutter and combining them with new characters and his signature items...

Subscribe to our newsletter below and never miss the latest news .

We use cookies on our website to give you the most relevant experience by remembering your preferences and repeat visits. By clicking “Accept All”, you consent to the use of ALL the cookies. However, you may visit "Cookie Settings" to provide a controlled consent.
Cookie SettingsAccept All
Manage consent

This website uses cookies to improve your experience while you navigate through the website. Out of these, the cookies that are categorized as necessary are stored on your browser as they are essential for the working of basic functionalities of the website. We also use third-party cookies that help us analyze and understand how you use this website. These cookies will be stored in your browser only with your consent. You also have the option to opt-out of these cookies. But opting out of some of these cookies may affect your browsing experience.
Necessary Always Enabled
Necessary cookies are absolutely essential for the website to function properly. These cookies ensure basic functionalities and security features of the website, anonymously.
Functional
Functional cookies help to perform certain functionalities like sharing the content of the website on social media platforms, collect feedbacks, and other third-party features.
Performance
Performance cookies are used to understand and analyze the key performance indexes of the website which helps in delivering a better user experience for the visitors.
Analytics
Analytical cookies are used to understand how visitors interact with the website. These cookies help provide information on metrics the number of visitors, bounce rate, traffic source, etc.
Advertisement
Advertisement cookies are used to provide visitors with relevant ads and marketing campaigns. These cookies track visitors across websites and collect information to provide customized ads.
Others
Other uncategorized cookies are those that are being analyzed and have not been classified into a category as yet.
SAVE & ACCEPT